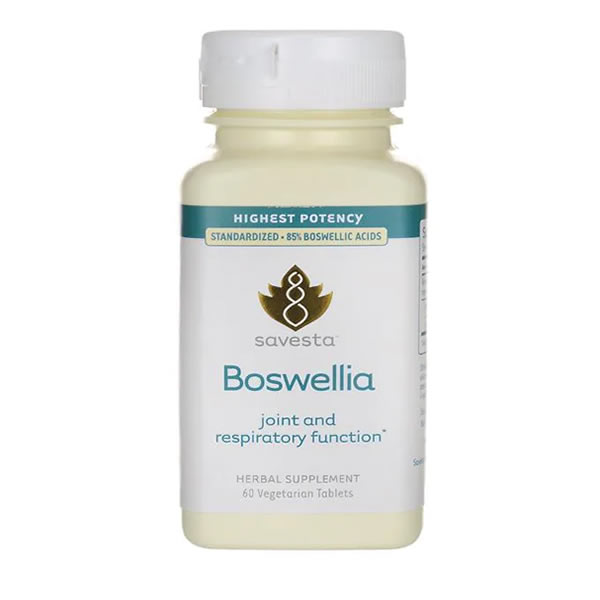 Boswellia is an Indian frankincense that is grown in temples and also found in the wild. It produces a resin that can be harvested without harming the tree. This resin is used medicinally as well as in incense. It is anti-inflammatory and is often taken for joint pain and is hence considered an herb for vata complaints. However, research in Germany suggests that boswellia reduces edema in the brain. The herb is also an excellent parasiticide and should be considered for those who suspect brain parasites.

Take 1 (500 mg) tablet, two to three times per day with meals or as directed by your health care practitioner.

Not to be combined with COX-2 inhibiting drugs or immune suppressing agents.

We deeply respect your privacy and do not share any information you provide with any data miners, social media sites, or advertisers. The cookies are to help customize your use of this site. By continuing, we assume that you accept those cookies that are necessary for your visit to our site.
OK